Bridled Terns in the wake of a fishing boat

In 2014, I started a website – The World is Beautiful and Fragile – to give photos of nature and environment that I made over the years of places that I and my family worked in, lived in, and/or traveled to, a more public place. While working on that website, climate change intruded more and more my consciousness. Amongst others, the United Nations was busy organising a conference in New York (scheduled for 23 September 2014). The conference should help prepare the way for negotiating a meaningful global agreement in 2015. Also, the International Panel on Climate Change (IPCC) issued a new report around that time, with alarming and scary news, and more and more ominous signs appeared on news sites and in magazine.

It was not the first time of course that I heard and read about climate change. But I thought, photos are nice, but all these wonderful species and landscapes are threatened by climate change. If I only put up photos to let others know what I have seen, and how beautiful it is, but species will not be there anymore after twenty years, what is the point? I felt I should link the “joy” and “pleasure” to “concern” and “message”.

This is not to say that there is only climate change to worry about. There is habitat loss, invasive species, and overharvesting of resources, to name a few other phenomena. Biodiversity is under threat from a number of corners, but climate change is by now the greatest threat of all, and I believe that climate change will be the defining issue of this century.

There is ample information on all these threats on the internet. I want to dedicate this blog to the theme of Respecting Nature – In Praise of Biodiversity. This theme reflects my conviction that by not respecting nature – i.e. changing the physical parameters of ecological processes to dangerous degrees, and not reacting to ecological warnings – people’s lives are or will be deeply and negatively affected. I start this site with the aim to contribute then to raising awareness on the value of biodiversity and the dangers with losing it.

I don’t know yet where this site will lead, and this site will evolve. Feel free to write responses or your opinions, and contribute. Just keep wording and tone nice and polite.

Posts will not appear regularly; they will appear time and inspiration willing and there may be long gaps in time. This will then be another voice in the ocean of voices concerning biodiversity and conservation, but the idea is that this “other voice” will by focusing on a species or species group be a meaningful contributor to the debate(s).

Who writes this blog ?

Me is Arnoud Steeman. Conservation is my lifelong interest and passion. I have been working in conservation for the greater part of my life: forest and biodiversity conservation, protected areas, and sustainable livelihoods. I have been lucky to have lived and worked in some of the most beautiful places that the world has to offer. I’m also a birder – but no twitcher ! I live in Vietnam with my family. It’s not difficult in Vietnam to live close to the sea, considering its long coastline, and that’s what we do. 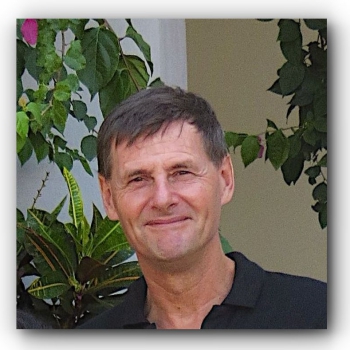 The photo on this page testifies to that, featuring Bridled Terns flying low over  the water, following fishing boats, nicely underlining one of the themes that will come back time and again: the many relations human populations have one way or the other with other organisms.

Why an Osprey for a logo?

A word on photos

The photos you see on the front page are all my own.

Other photos I use in articles are usually found on the internet, either in the public domain, or under Creative Commons license and attributes are fully cited or linked to. If they are found in other articles on the web, references are included.

Photos in galleries are usually my own. Occasionally, the actual photo is in my collection, provided by someone with whom I collaborated, for instance in nature and education activities, with the permission, intention even, to use it. In that case one will find the original photographer in the EXIF data if the photo is downloaded. If I found a photo elsewhere, usually with the world wide web as search area, the source is stated and attributes provided, just like in the articles.