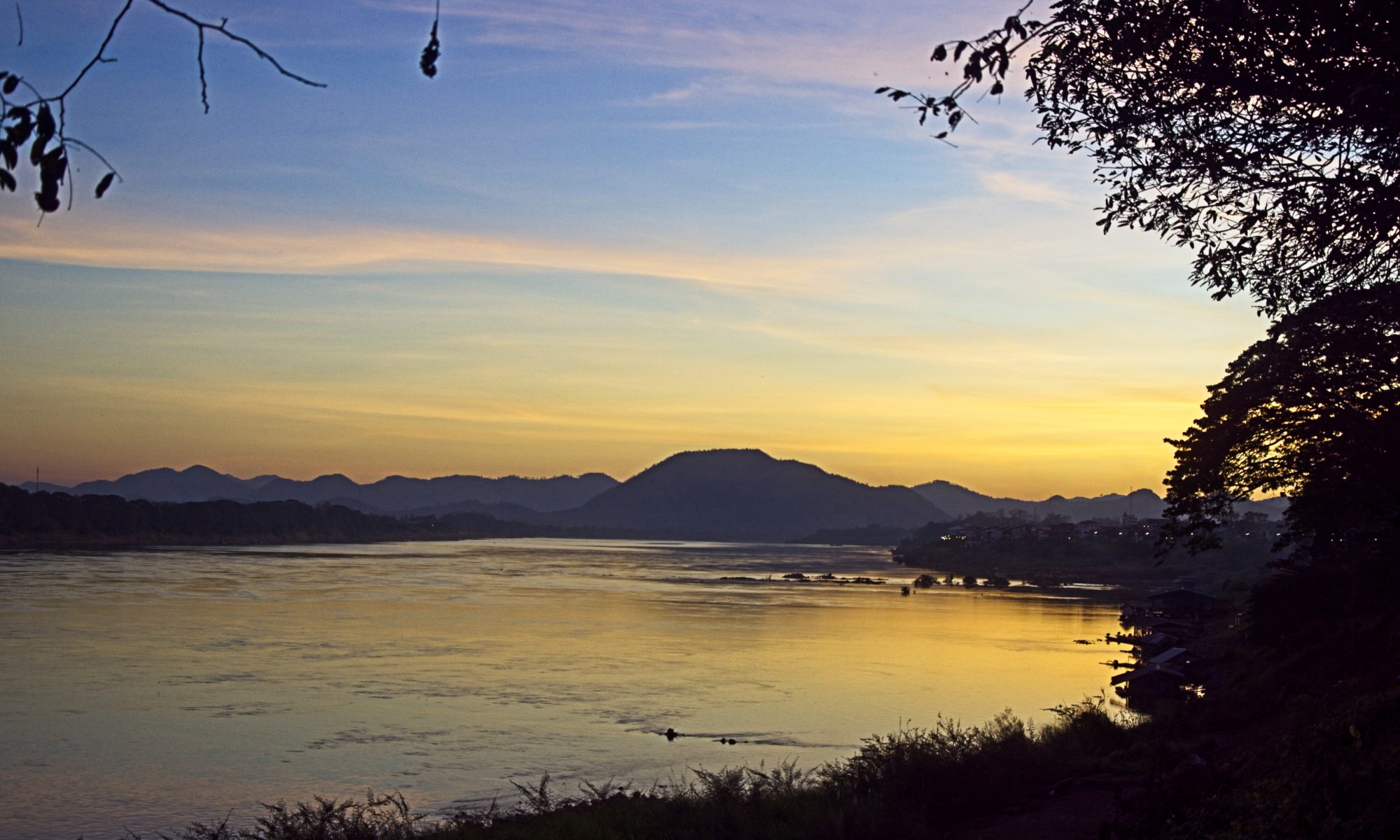 Robert and his family live in Chiang Khan, Loei, Thailand, along the Mekong. With mists in the mornings or golden-red sunrises, their land is an oasis of trees. Right and left of their land investors build hotels, or people tend orchards. Going down to the grassy banks of the river, tall grasses form an insect-rich vegetation, where left and right of it people burn the vegetation and grow crops. After twenty-five years trees have grown tall and there is a fair bit of unbroken canopy, formed by a great variety of tree species. Robert even has an endangered tree species growing on their land. The eastern neighbour just razed his land in January of this year, cutting all the trees on his property, where first there was a mixed vegetation of grasses and some spread-out trees. Scaly-breasted Munias fed there, but no longer. Still, Robert’s land holds firm and has an impressive diversity of life for a small patch of trees, with birds, butterflies, beetles, spiders and squirrels easily seen, and where even snakes grace the area with their presence. At night one can hear nightjars, and an owl hootted away. This post shows some of that life, in particular the birds. Twenty different bird species were seen or heard in a short span of time (clicking on the scientific name will bring you to an Wikipedia entry):

I wanted to have photos taken at Robert’s place, which therefore includes images that are not the best quality. Some have quite some noise in it, and some are not razor-sharp. But they all (except the photos of the Great Myna and Greater Coucal that were taken in Vachirabenjatas Park in Bangkok) represent the biodiversity value that is present at Robert’s.